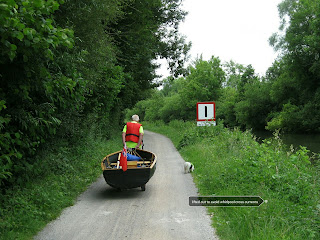 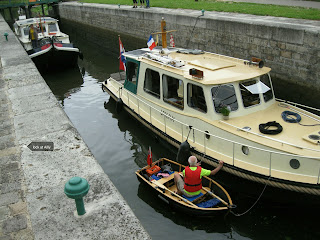 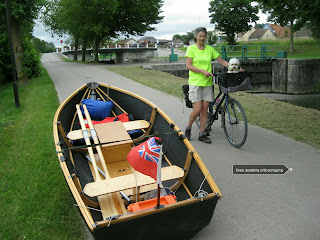 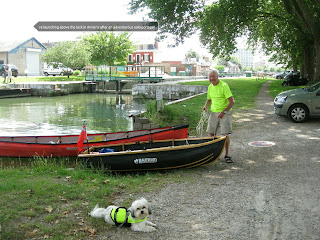 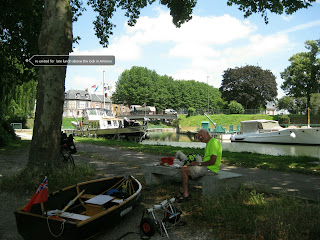 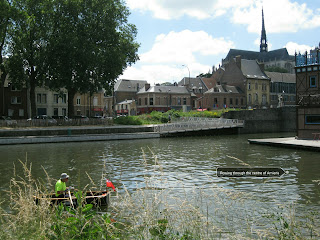 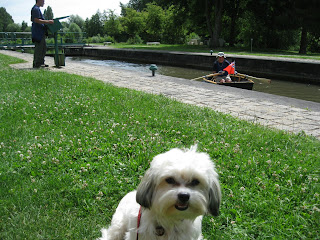 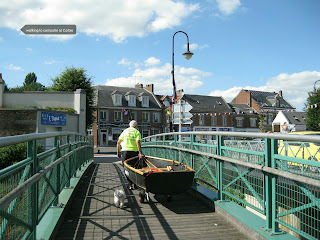 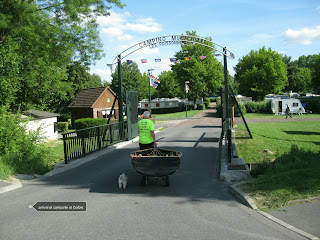 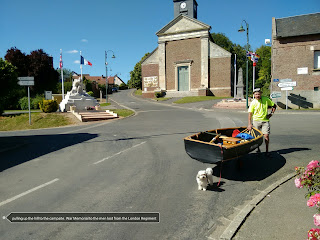 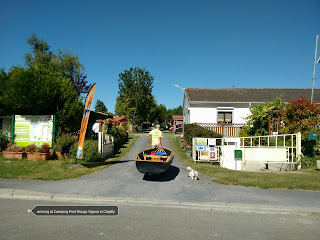 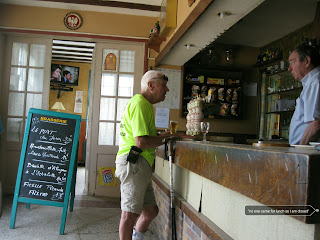 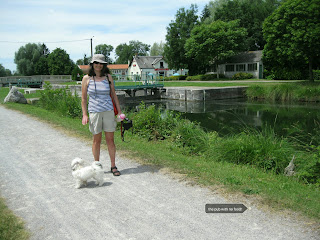 A triple celebration day today!!! It is our wedding anniversary, we both get a much needed rest, and finally I have experienced a considerable reduction yesterday in the punishing current of the river.

Today will give us the chance to catch up on all those chores which have been neglected, such as writing this blog, laundry, repairing, etc, etc. Although no Anniversary restaurant exists in the beautiful village of Chipilly, 3 km back along the river looks like a likely place to walk to for a pleasant lunchtime celebration meal.

Gosh though, it really has been seriously hard graft and in some areas with a current running up to 5 or 6 km/hr, beyond my skill grade. Consequently in most places it has been a matter of crawling up through the weed, fallen or overhanging trees, mud or old jetties up either side, hiding behind bytes of the river and as a last resort, if the bank permits, hauling out and dragging.

In one area, I made 5 attempts to ride through a whirlpool under a bridge and spun off at the last moment each time. At another Sara researching ahead threw a stick into the heaving white water and watched it be dragged under so I pulled Oggi out before reaching it and portaged. At another I did get through but took half an hour to do so and bent my first rowlock in the process. I could go on but I am sure you get the picture. At such times I just grit my teeth and thought of the many times Don Bartliff my rowing mate and trainer of many years swore at we whaler crew as he bullied us through London Bridge against a Spring ebb and west wind. For that (and many others) this paragraph is dedicated to him and I hope that one of you old Oglers will pass this sentiment on to him through his nursing home, please.

The locks can also be interesting although the River Somme only falls 80 meters over it's 245 km length it is fed by many Etangs and tributaries. For the most part the rise is comparatively small, however some do have lifts of 6 meters or more. For some we lift out and tow Oggi around but for the larger ones where exit is difficult I face the maelstrom of white water and get bounced around like a flat out skier down a mogul field. 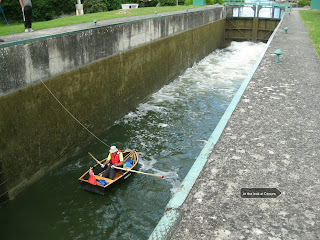 I confess to being flattered by an eclusier (lock keeper) who reckoned I was "real cool"! Generally, all these eclusiers have been most professional and co operative even though they clearly regard me as a complete nutcase having never seen the likes before.

Sara has been working equally as hard planning, organising pitching and re packaging camp and generally not having nearly enough hours in the day. She has to find her way through remote areas, down narrow lanes while still getting the shopping and keeping an eye on Sally. Not bad eh for a girl who has probably driven no more than a couple of thousand miles in the past 3 decades!

Oh yes, in between all the trials, tribulations and shrugging off the many aches pains and blisters the rowing is quite gorgeous on this lovely rural river and after enjoying my much improved speed yesterday as a result of the decreased current I might even get to enjoy it.

Hot weather is now being forecast which might make rowing less pleasant. Anticipate 4 or 5 days of rowing before the next report, and hope that we will now catch up on lost time with greater daily distance.

From our wedding day onwards, (the day before which we discovered the travel agent had failed to book the honeymoon) we have endured an almost annual litany of best laid plans failing. Today was no exception. We walked the 3.5 km river bank to the apparently quaint lock side restaurant and found it to be the French equivalent of Faulty Towers. On entry we were greeted with Gaullic scorn, a lecture on the collapse of the French economy and the unreliability of his patrons so no food for us today. We just had a beer but when I checked the change was told I was as bad as President Macron. Thankfully Sara has prepared for the eventuality and laid on a spread to delight within minutes of our return to the van.